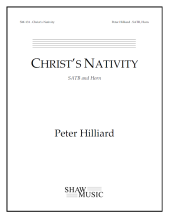 Peter Hilliard holds degrees from the San Francisco Conservatory and NYU, and he is Music Director of Villanova University’s Graduate Theatre Program. With Matt Boresi, he has written award-winning operas and theatre works, and his choral music has been performed across the country. His works have received awards and nominations from the National Association of Teachers of Singing, the Turner Classic Movies Young Film Composers Competition, Vocal Essence, The Young New Yorkers’ Chorus, and the Ned Rorem Award. He has been Minister of Music at Berachah Church in Cheltenham, Pennsylvania since 2002. He is also music director of Philadelphia’s Savoy Company, the oldest company in the world dedicated to performing Gilbert and Sullivan. He has conducted The Pirates of Penzance and Iolanthe at the International Gilbert and Sullivan Festival in Harrogate, UK. With Glen Clugston, Peter restored a new edition of Victor Herbert’s lost 1911 Masterpiece Natoma for a New York reading in 2014. OperaNews wrote that Natoma “turns out to be a real piece of buried treasure. Herbert’s score is gorgeous.”